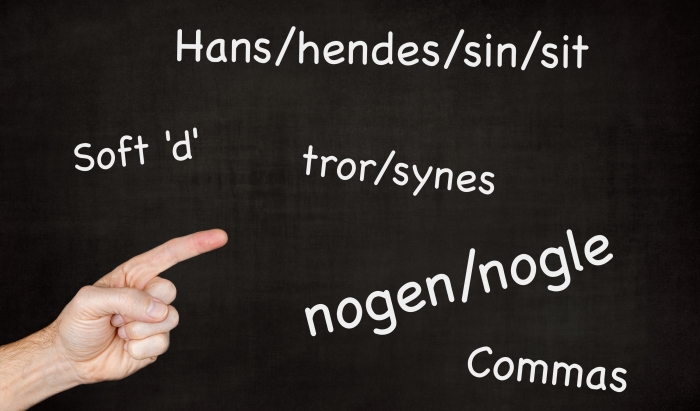 ... and what you should do to avoid them.

Learning Danish is not always an easy task and just as there are some easy and logical sides to Danish, there are also some more tricky aspects.

In fact, some of 'tricky aspects' fall under a number of typical mistakes foreigners learning Danish make again and again... aaand again.

I hope I'm not making you feel disheartened about learning Danish. That's not what I'm trying to do.

No. I have collected 5 of the most common mistakes that foreigners make in Danish. And I also explain how YOU can avoid to make these mistakes.

....Which is the point of this post. To help you NOT make these 5 mistakes, ever again.

Want to improve your Danish?

With my free weekly Danish tips - right in your inbox - you'll get useful tips and knowledge on how to speak a more confident Danish at work, with Danish friends and family, when picking up your kids, etc.

'Tror' is used for objective things, things that have a right or a wrong answer, things that can be verified, for example: "Jeg tror Pedro kommer fra Mexico" (I think Pedro is from Mexico). That is either right or wrong. We also use 'tror' for the future, such as in: "Jeg tror vejret bliver godt i morgen" (I think the weather will be nice tomorrow).

'Synes', on the other hand, is more subjective, it expresses your personal opinion and there is therefore no right or wrong answer. "Jeg synes København er en fantastisk by", for example (I think Copenhagen is a beautiful city).

Danish possessive pronouns are more specific than for example in English, in the sense that in the 3rd person (han, hun, den, det), you can communicate if something belongs to him- or herself or if it belongs to someone else.

The classic example: "Peter kysser sin kone" (Peter kisses his wife). By using 'sin' here, we understand that he kisses 'his own' wife. If we then say: "Peter kysser hans kone" (Peter kisses his wife), then there would trouble in the air, as 'hans' here communicates that Peter is kissing another man's wife (John's or which-ever other man also mentioned in the conversation).

'Sin', 'sit' and 'sine' always refer back to the subject of the same sentence and can never be the subject of a sentence, so "Sin kone kysser ham" (his wife kisses him) is not correct.

When we want say "his" or her" as part of the subject, we use only 'hans' (his) or 'hendes' (her): "Hans kone kysser ham" (his wife kisses him). Here we use 'hans' even though it's his own wife we're referring to (so no 'sin' in this case because the possessive pronoun is part of the subject).

A classic struggle for Danish learners, no matter where they're from, is how to pronounce the Danish soft 'd'.

Many foreigners learning Danish think that the soft 'd' is pronounced like the English "th" sound (like in the word "thumb"), but that's not correct. When you pronounce "th" in English, the tip of the tongue goes between the upper and lower front teeth - which doesn't happen when the Danish soft 'd' is pronounced correctly.

Others think that the soft 'd' sounds like an 'l'. But again, that is not correct.

So, how to pronounce the Danish soft 'd'?
The tip of the tongue should be placed right behind the lower front teeth - and not up behind the upper front teeth as this will make it sound like an 'l'.

Try it out! Keep the tongue down and try to pronounce words like: "Hedder", "mad" and "sidde".

Getting confused about 'nogle' vs. 'nogen' - especially in writing - is not only a common mistake among foreigners learning Danish. Danes also mix up 'nogle' and 'nogen' all the time!

The reason why is that the two pronouns are usually pronounced e-x-a-c-t-l-y the same way when we speak: [no:n].

You can distinguish between the two, in a nutshell, by thinking of 'nogle' as English "some" and 'nogen' like English "any":

(I have some things I'd like to talk to you about)

(Let's barbecue! Do you have any beers?)

The distinction between 'nogle' and 'nogen' is less black and white like that. There are a few more aspects to this topic, but to keep things simple, let's stick to that explanation for now. The rule of thumb to translate them to 'some' and 'any' should help you a loong way when it comes to mastering 'nogle' and 'nogen'.

Do you see the two commas after the adverbs at the beginning of the sentences? That use of commas is the English way to do it. In Danish, those commas are NOT correct, there should be no commas in the two sentences above.

The extremely short explanation of Danish comma rules is that on each side of a comma is usually a subject and always a conjugated verb (in present tense, past tense or other 'active' tenses), like in:

(On Mondays, I go to work but on Tuesdays, I'm off)

(Before the comma in the Danish sentence, we have verb and subject "går jeg" (subject, verb) and after the comma "har jeg".

So, how to use comma (more or less correctly) in Danish you should make sure to have a conjugated verb on each side of the comma.

Learning to put the Danish comma correctly is more complex than that, though, as you can see in this 32 page pdf on the Danish comma rules published by Dansk Sprognævn, the authority on Danish language and spelling.

How many of these typical mistakes were YOU making before you read this blog post?

Don't be shy! It's okay... let me know in the comments below 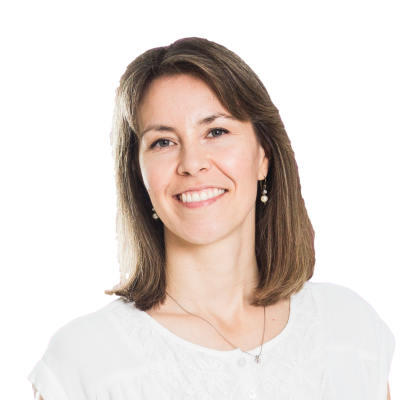 Want to improve your Danish?

Would you like to be able to speak a more confident Danish at work, with your Danish friends, with your in-laws or when picking up the kids?

Then sign up for my free weekly Danish tips, they'll land right in your inbox... every Friday.